Freedom and Respect for Every Earthling (FREE)

Freedom and Respect for Every Earthling (FREE) is a young Romanian non-profit organisation, founded in 2017, that aims to create a better world for animals, one in which they have the right to their bodies and lives and are treated with respect and dignity.

With a focus on farmed animals, the organisation tackles animal abuse and injustice from different angles by addressing individuals, the government, and corporations. In its attempt to end animal exploitation, FREE conducts public outreach through its first project, Vegan in Romania, and corporate outreach to end the use of eggs from caged hens. It has also been campaigning against the only dolphinarium in Romania for the last couple of months.

Through the Year of Change grant, FREE will be able to hire two full-time employees this year to develop Start 22+, a project aimed at mentoring people who want to try a vegan challenge for at least 22 days, and to educate high school students on vegan living and animal rights through a humane education programme called School of Sustainability.

Established in 1994, Svoboda zvířat (Freedom for Animals) is a nationwide non-profit organisation for the protection of animal rights in the Czech Republic. Its goals are based on the idea that each life has a unique value, which is not dependent on its value to humans. Freedom for Animals works through public education, social media, legislative changes, special events, protest campaigns, and celebrity involvement. It has achieved several important goals, including two in 2004: a ban on testing cosmetics on animals in the Czech Republic and a ban on using new-borns of specific wild species in circuses in the country. During the Year of Change, the organisation will strive for a nationwide ban on using all wild animals in circuses.

Prijatelji životinja (Animal Friends Croatia, AFC) was founded in 2001 to promote animal protection, animal rights, and vegan living. For the last 18 years, it has carried out hundreds of projects, campaigns, and activities to point out the animal suffering occurring in the food industry, in laboratories, on fur farms, and in the hunting and fishing industries as well as issues involving the welfare of dogs and cats and their legal protection. Among its accomplishments, the group has helped achieve bans on the following in Croatia: fur farming, using wild animals in circuses, chaining dogs 24/7, forcing animals to run tied to a moving vehicle, and selling dogs, cats, and ferrets in pet shops. AFC also got one of the country’s largest newspapers to print and distribute five vegan recipe booklets for free. During the funding year, the organisation plans to continue to develop its vegan advocacy activities in order to make them more visible and sustainable. Among other activities, it plans to focus on lobbying for the introduction of vegan meals in public institutions, getting companies to increase their vegan offerings, and organising public street actions, night street stands, and the annual Animal Rights March. 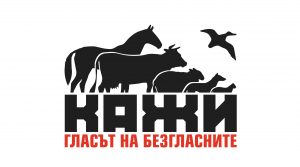 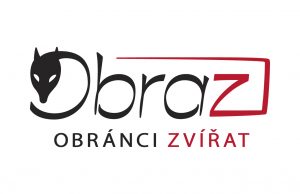 Obranci zvířat (Animal defenders, OBRAZ) from the Czech Republic was founded 2015 and have since then established themselves as one of the leading animal rights organizations in the country. Until recently, they were mostly focused on a fur farming campaign, publishing numerous investigations and gaining major public attention. Their campaign concluded in 2017 when the Czech parliament decided on a ban on fur farming. Since then, the organization focused on other issues, such as cage housing of hens. During the funding year, the organization plans on building up a campaign aimed to tackle the consumption of meat in the country.

Vegánske hody was founded in Slovakia in 2009 and joined two other organizations to form Humánny pokrok in 2018. Vegánske hody is still known as the biggest vegan festival in the country’s three largest cities and remains a project of Humánny pokrok. Starting this year, the organisation will expand its activities, adopting – among others – a corporate outreach campaign against the caging of hens and a campaign against the use of animals in circuses. During the funding year, they will also start working on a campaign aimed at increasing the availability of vegan options in restaurants and supermarkets and supporting companies that manufacture plant-based products.

Tušti narvai from Lithuania is an organization that has been working for several years now. In this time they published three investigations into fur farming including the first ever undercover investigation in this part of Europe. They also organized the biggest march for animal rights in the region with over a thousand participants and convinced over 70 restaurants to include vegan options. During the year they plan to work on corporate campaigns with the aim of changing animal welfare policies of companies, focus on exposing the reality of animal farms as well as expand their structure on an organizational level.

Nähtamatud Loomad from Estonia is a new organization that focuses mostly on farmed animals and advocating for plant-based eating. In the coming year they will among others work with companies and producers to increase the visibility and offer of plant-based products as well as cooperating with restaurants to increase the number of vegan options. Their other big focus is corporate campaigns during which they aim to convince companies to change their animal welfare policy. On the organisational level much effort will be put into securing a stable structure of the organization with the aim of facilitating further development.

Dzīvnieku brīvība from Latvia has been working for a couple of years, having released numerous investigations into fur farming, egg production and pig farming. They also led a successful campaign which resulted in banning wild animals in circuses in 2017. They also organized the first Vegan Festival in Latvia and focus on vegan outreach, among others introducing a vegan month challenge and PayPerView actions on universities and festivals.. During the year they aim to work on pushing forward their corporate campaign regarding egg laying hens as well as improving their structure and activist base.